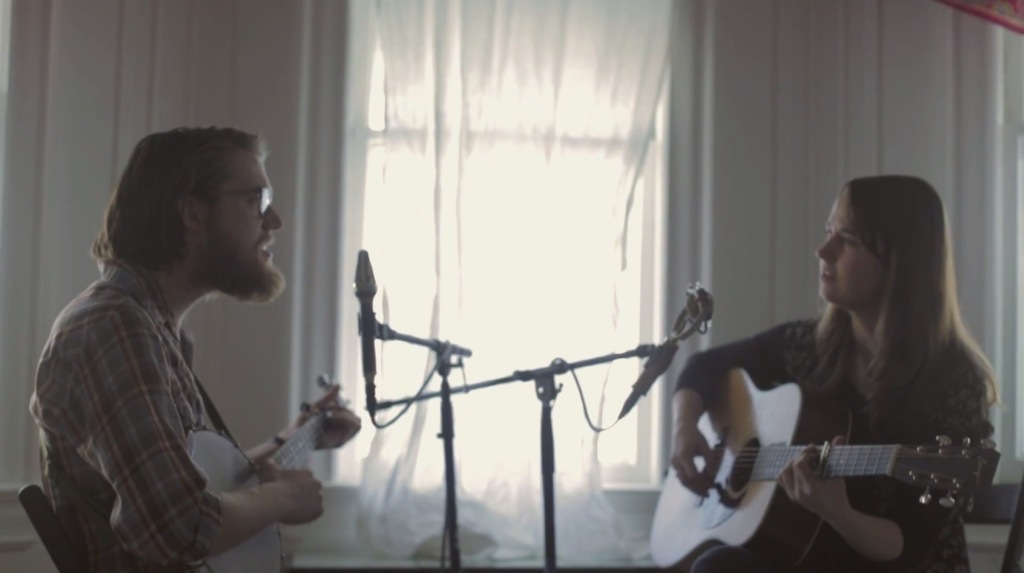 “Taylor and I have been writing together here and there over the last few months, helping each other sift through songs,” Hartman said in an interview. “He brought ‘Been By Your Side’ to me one day and wanted to get my thoughts on it. We sang it together a few times and something came to life in the song. I told him I thought we should shoot a video of us singing it together and put it out into the world. There is something special about capturing that magical moment of an early collaboration, and that is what we wanted to get a snapshot of.”

Two of the four songs posted were completely unplanned and unrehearsed, adding a layer of spontaneity to the session. “Our original plan was to record ‘Been On Your Side’ and ‘When You See The Morning’, a tune of mine that Taylor helped to finish,” she said. “But once we were all set up with mics and recording equipment we decided to tape a few more and that is where ‘Noah’ and ‘Pretenders’ came from. Taylor had never heard ‘Noah’ before we taped it and I had never heard ‘Pretenders’. Jacob was able to capture the spark that happens early in learning a song and singing it with someone.”

Hartman says that the duo doesn’t have any plans to work together on a formal basis. “We weren’t promoting a show or a project or a website, just sharing a moment. It is so easy to become wrapped up in “content” production, driving up numbers, getting views, and all of the above, that we can sometimes forget why we are putting art and music out there in the first place.”

All four of the duet’s recordings are below. Della May kicks off a tour in support of their forthcoming album with an appearance at Stagecoach and then will continue down the West Coast before heading east. Fish & Bird, which performed in Brooklyn over the weekend, performs at the Kaslo Jazz Festival in July and will tour the UK in the fall.