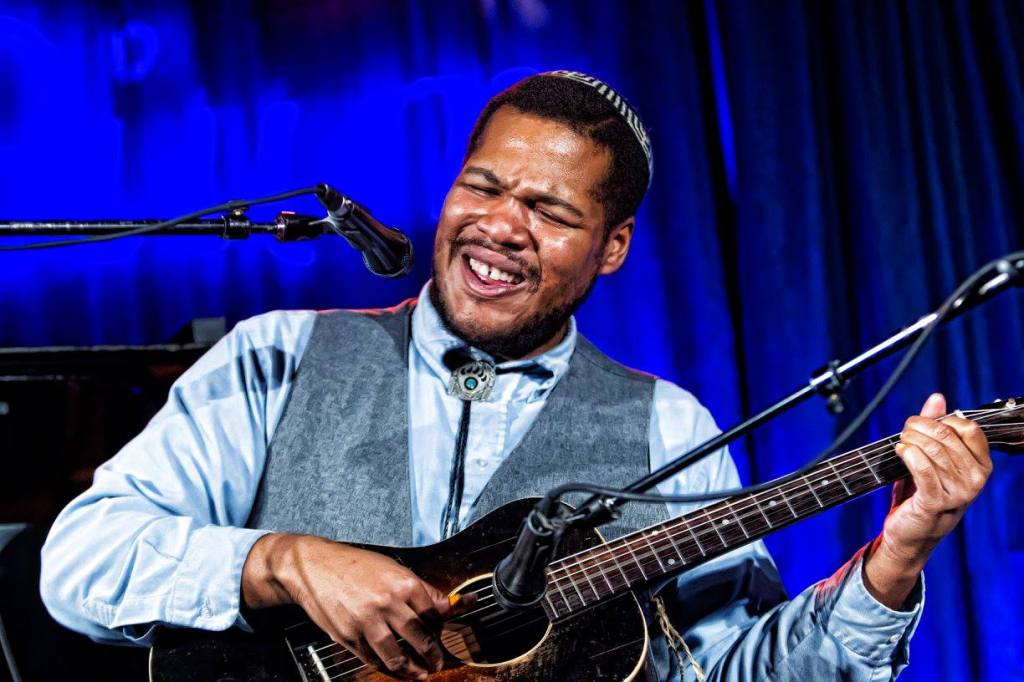 For better or for worse, indie rock and poppy Americana have each creeped into nearly every folk festival out there. Meanwhile in post-everything Brooklyn, the purist curators of this weekend’s seventh Brooklyn Folk Festival aren’t jumping on that bandwagon.

Kicking off Friday at the gorgeous and historic St. Ann’s Church in Brooklyn Heights, the Festival’s biggest venue yet, musician and Down Home Radio Show creator (currently on hiatus) Eli Smith and Jalopy Theater founder Lynette Wiley have meticulously lined up 30+ bands from a salad bar of genres without erring from their authentic throwback rule. Somewhat of an early 1960s Newport Folk Festival in 2015, Smith and Wiley fully embrace a diverse bill of artists without crossing a line. “This year the Brooklyn Folk Festival presents old time string band music, as well as blues, Near-Eastern, West African and Italian traditional music, some soul-gospel music, ragtime and jazz, songwriters, Country music, jug band and a pipe organ recital,” Smith said in an email.  “That said, we do make sure the Brooklyn Folk Festival has a heavy bent towards music that is strongly rooted in folk, vernacular and traditional music and we endeavor to present a diverse folk music festival, in contrast to many boring mono-tonal festivals that have only one shallow definition of folk music.”

A rising star from South Central

Part African American, part Native American, of Cajun descent and a Sephardic Jew, Paxton doesn’t have the background of the standard gifted folker. He’s the only musician among his five brothers, eight sisters and extended family. His family moved from Louisiana to South Central Los Angeles in the 50s. Paxton started playing instruments at the age of twelve, beginning with the fiddle, then moving to guitar and piano and eventually banjo, inspired by O Brother, Where Art Thou? – just like many readers of this blog, though in a setting where most wouldn’t expect a Coen brothers movie to have much influence.

“I was raised up with blues and country music, but the only time I heard it was it at family functions,” Paxton said in an interview. “I didn’t start playing it out until the movie piqued my interest in it. The music was popular with the older people I hung around, but there wasn’t anyone around that couldn’t sing a number of Jimmy Reed tunes or something like that.”

Arriving in New York for college at the age of eighteen, Paxton quickly found a home at the Jalopy Theater in Brooklyn and built a community with fellow Roots & Ruckus! performers at Jalopy and other Queens-based musicians like Jackson Lynch and Hubby Jenkins (also performing at this weekend’s Festival). His performance style and welcoming stage presence quickly won over fans and the music community around him.

“Jerron is the greatest performer I’ve ever seen and I won’t be dissatisfied or surprised if that remains so for the rest of my life,” Nick Panken of Brooklyn’s Spirit Family Reunion said of his friend.

As he returns to the Festival this weekend, Paxton also prepares for the release of his first full-length album. His record – like his performances – will be comprised entirely of solo traditional tunes, but he said “there’s some songs on there that have got more of me on there than anyone else.”

But even as the buzz and the builds, Paxton is just as approachable and humble as he’s always been.  “I’m pretty boring. Just another Jew from New York,” he said.

“So far we have decided to screen “Ballads, Blues and Bluegrass” – an amazing film that Lomax shot in his apartment on MacDougal Street in 1961, featuring footage of Roscoe Holcomb, Ramblin ‘Jack Elliott, Willie Dixon and Memphis Slim, the New Lost City Ramblers and others,” Smith says. “We will also be screening “Oss Oss Wee Oss,” shot by Lomax in 1951 at the Padstow May Day in Cornwall, England, and a 10 minute reel of incredible stuff from Haiti.”

Tickets for the weekend are still available, but all previous years have sold out…so get on it. I’ve attended this festival most of the last seven years and have always felt these guys have done an incredible job of transcending time, bringing me tastes of music I’ve never encountered and throwing a party that doesn’t give a rats ass about being too cool for school. Here’s a taste of what you’ll see.