Growing up in Peoria, IL, Adam and David Moss say they were the kind of identical twins that were “best friends, but separable.” The Moss brothers both started playing music at a young age and eventually pursued classical music degrees at the University of Illinois at Urbana-Champaign. After college, the two had similar aspirations but went their own ways for the first time ever – living in different cities and touring with separate bands.

Now both living in Brooklyn, last year Adam and David teamed up for their first duo and launched The Brother Brothers – a project that features their stunning, matching-DNA-harmonies on top of minimalist folk melodies. Later this month, the duo will release their first EP, Tugboats, with a release show at Rockwood Music Hall (Stage II). I’ve listened to Tugboats a number of times and it’s one of those that’s stayed with me, carrying a Milk Carton Kids-like vibe and pace. Its stand out harmonies are infectious, and the instrumentation is super crisp.

Entranced by their performances (and fascinated by twin dynamics), I couldn’t help but ask the guys a few questions about their past and its influence on their music.

GH: Did you both start playing music at the same time?

Adam: We both started on piano and violin at 7 years old. David Switched to Cello at 8 to avoid the inevitable competition. I think also because the school needed more cellos at the time. We played classical music all through college, and not until our senior year did we start our first band, The Hot Club D’Urbana. Then, I joined the local bluegrass band Green Mountain Grass, moved to Austin, TX with them, and we didn’t play in a professional project together again until The Brother Brothers.

What led you to team up? How’d you know now was the time?

Adam: I’d been heavily involving myself in David’s solo work, and brainstorming ideas for our project. Really, David thought of a good band name, learned a couple Delmore Brothers tunes, and I booked 3 gigs. It was natural after that.

David: And to be blunt, it was really a matter of feeling ready to spend countless hours in a car and making crazy creative and business decisions without murdering each other. 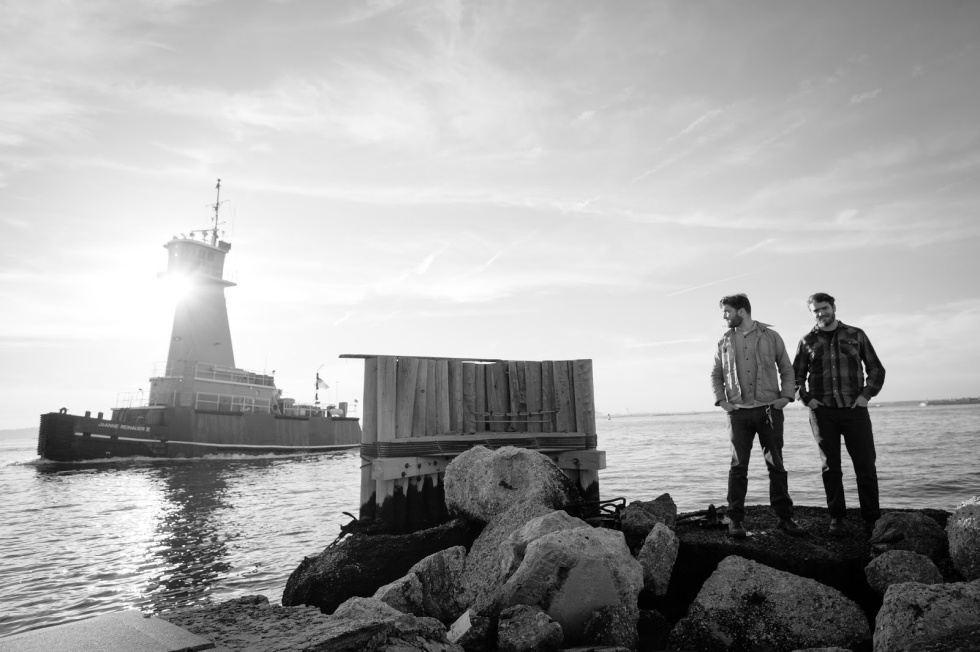 On the EPs opener, “Tugboats,” and the closer, “Cairo, IL,” we get to really hear the harmonies that make The Brother Brothers stand out. Have you always known that those harmonies were there?

Adam: We grew up singing along with The Beach Boys, The Beatles, The Everly Brothers, and The Kingston trio in our dad’s car. We knew all of their harmonies so well, and it was so natural that we always just took it for granted.

David: Also, high school choir was really an eye-opener when we began arranging harmonies for an a capella quintet.  That was a pretty standout moment in that it was a journey in compositional arrangement, transcription and most importantly voice leading.

Are there any benefits to twins working/performing together? Any kind of legit twin connection?

Adam: I don’t think any sort of mystical thing is happening with us. It helps with the idea of vocal resonance. We also have similar speech patterns, so that helps blend too. I do feel lucky to have an ideal person to harmonize with.

David: I also think we are blessed because we have such a complete understanding of each other’s capabilities that we can be more demanding with one another than say a friend who doesn’t share the same DNA.

Are you writing together or individually?

Adam: So far all we’ve written all our songs separately. We haven’t quite worked out our co-writing dynamic yet, however I think that will work itself out in the coming year. I Imagine by the time our full-length album is released, we’ll have a few co-writes out there.

David: We both just joined a group of songwriters in a song-a-week project for the coming year.  I have a feeling there will be times when we’re on tour and out of necessity the co-writing is going to flow like the river Jordan.

Did you say full-length?

A&D: Yes. We are very excited to be working on a full length album that will hopefully be ready by the fall!