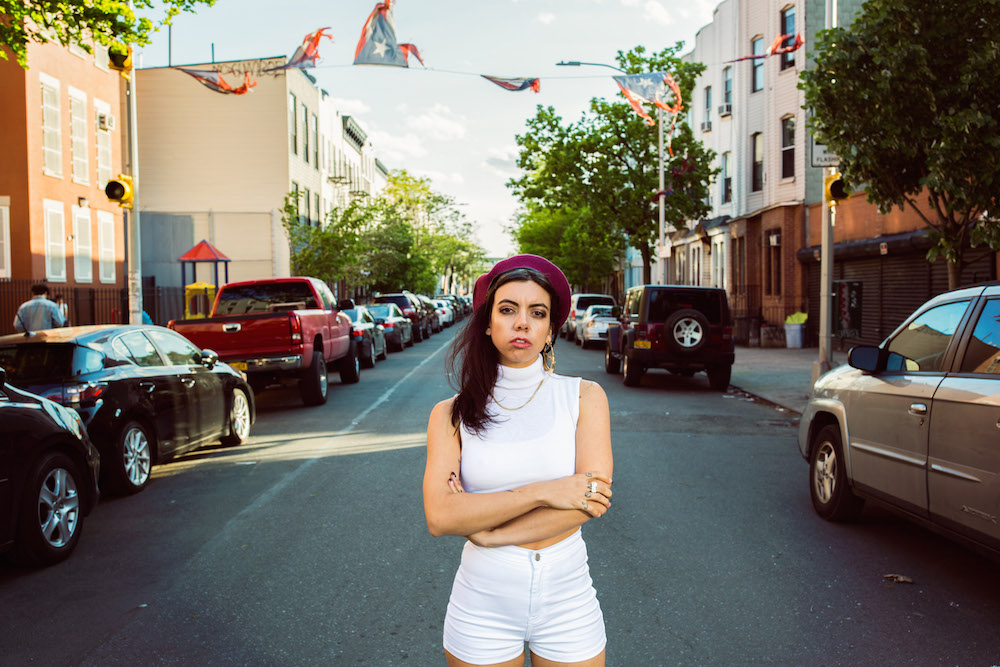 “A good song reminds us what we’re fighting for.” – Pete Seeger

From labor rights to civil rights to the peace movement to environmental causes, folk legends like the late Seeger, Woody Guthrie, Joan Baez, Bob Dylan and Odetta elevated causes with their music in eras of protest, debate and deep-rooted division.

As much as Gen X and Millennial folk fans may have listened to those old songs and studied their context, we’ve never experienced a folk movement with the relevance of those times. There have been loads of great protest songs written in the last few decades for important causes, but it’s hard to compare those to the string of activist folk tunes that are the soundtrack of counterculture in the 50s & 60s.

But the times are changing. In the wake of Donald Trump’s shocking win followed by the last few weeks of cabinet member appointments, racial injustice, police brutality, economic inequality, civil liberty fights and the standoff at Standing Rock are driving artists to speak out. Since the election in November, we’ve seen all kinds of posts by artists on Facebook. And – in New York at least – shows just feel different, with musicians exuding a “we’re all in this together” vibe.

While it’s a little early to say for sure, you can just feel the table getting set for a feast of new issues-driven folk songs that reflect on the current environment.

Maggie Carson of Brooklyn’s Spirit Family Reunion commented (in an email with me) on a shift in the way their shows felt just after the election. “The change in the atmosphere of the crowd felt palpable and certain songs or parts of songs took on new meanings,” she said. Just before Thanksgiving, The Family released “Goin’ Out To Cannon Ball” (stream below), a song of solidarity with protesters at Standing Rock. The band is donating 100% of revenue from the pay what you want to downloads of “Cannon Ball” to Sacred Stone Camp. They invoked Seeger in a Facebook post about the song, sharing his famed banjo message: “This machine surrounds hate and forces it to surrender.”

One of my favorite songwriters, Alynda Segarra of Hurray for the Riff Raff, has become somewhat of a modern-day Baez, taking stances on race, feminism and LGBT issues in her songwriting over the years. I’m always struck by the way she tells such moving stories in her songs, with her much talked about track, “The Body Electric,” and Trayvon Martin tribute, “Everybody Knows,” as great examples. Segarra, who is half Puerto Rican, recently announced her next album, due out in March, called The Navigator. The first single on the album, “Rican Beach” (stream below), digs into gentrification and segregation, which she dedicated to protesters at Standing Rock and a town in Puerto Rico with a contaminated drinking supply.

From the album announcement on Facebook, it’s clear that we are in for some thoughtful lyrics on this one. “The Navigator is you trying to make your way through a society that says you are too brown, too female, too queer, or too smart for your own good. The Navigator defies borders. The Navigator is your child who believes in love. The Navigator is your father who has been to war and prays for peace. We all have an inner navigator who will guide us through this uncertain future. It’s time to listen.”

Ruthy Ungar, one half of Mike + Ruthy, has spent most of her lifetime in the Catskills folk community where Seeger lived for decades. I recently heard her perform “My Baby Drinks Water” at a house concert in Brooklyn. It’s a gorgeous song that she dedicated to the moms and babies at Standing Rock. “The more we preserve the more there is to share,” she said. “Money is artificial. Water is life.”

Only time will tell if folk will have a role or influence in the way that it did in its revival 60 years ago. But I think we need it now more than ever. To me – and many others – the authenticity and simplicity of folk songs in times of difficulty and uncertainty have brought clarity. So many of these songs cause us to think about things differently.

Consider three more quotes from Pete Seeger, which are so relevant regardless of your political persuasion:

I’m a moderate. I grew up in the South and have lived in Brooklyn for 14 years. I’m married to a non-profit founder from outside Berkeley. I’m involved in my church. My friend and family circles cover a lot of ground in terms of world views.

So when I see our country so divided and civility among people on both sides at its worst, I think it’s critical to remember the way that folk music has united different groups in the past. Folk was instrumental in the civil rights movement. Bob Dylan and Joan Baez performed for more than 250,000 people gathered at the 1963 March on Washington where Martin Luther King gave his infamous “I Have a Dream” speech. Pete Seeger popularized (and altered the lyrics to) “We Shall Overcome” – arguably the soundtrack to the civil rights movement – that was sung by people that were not folk fans.

I believe that folk unites black with white and leftist atheists with conservative Christians. While it’s true that the crowds at folk gatherings today are predominately white, folk festivals strive for diversity in their lineups and are redefining what folk music is. At minimum, the folk crowd represents a swath of socioeconomic and education levels and political leanings and religions.

Late last month, the Newport Folk Festival – a haven of the folk movement long ago and today – sold out of weekend tickets in just a few hours with no artists yet announced. It’s not as politically charged as it might have been in the Vietnam years and I hope it will always be about the music, but I also hope that Newport and other concerts and festivals will be the antithesis of the angry and “dehumanizing the other side” vibes we’re seeing play out online and offline.

I’m tired of reading impulsive Facebook rants. I’m craving some folk songs – songs that unite, songs that stir controversy (even if I don’t agree with their message). I’m hoping for songs that drive deep conversations like this one between people that think differently. I’m dying for duets of Gospel singers and hippies that come together to share the stories of the marginalized. And I’m hoping for music that shines a light on the insanity that is climate change denial.

So that’s my plea to folk artists. I love your love songs and I’ll still write about those, but now more than ever, we need some tunes to engage people in our culture in a time of uncertainty on so many levels.

An earlier draft of this story stated that Pete Seeger wrote “We Shall Overcome.” He didn’t write it but he popularized it and altered the lyrics.