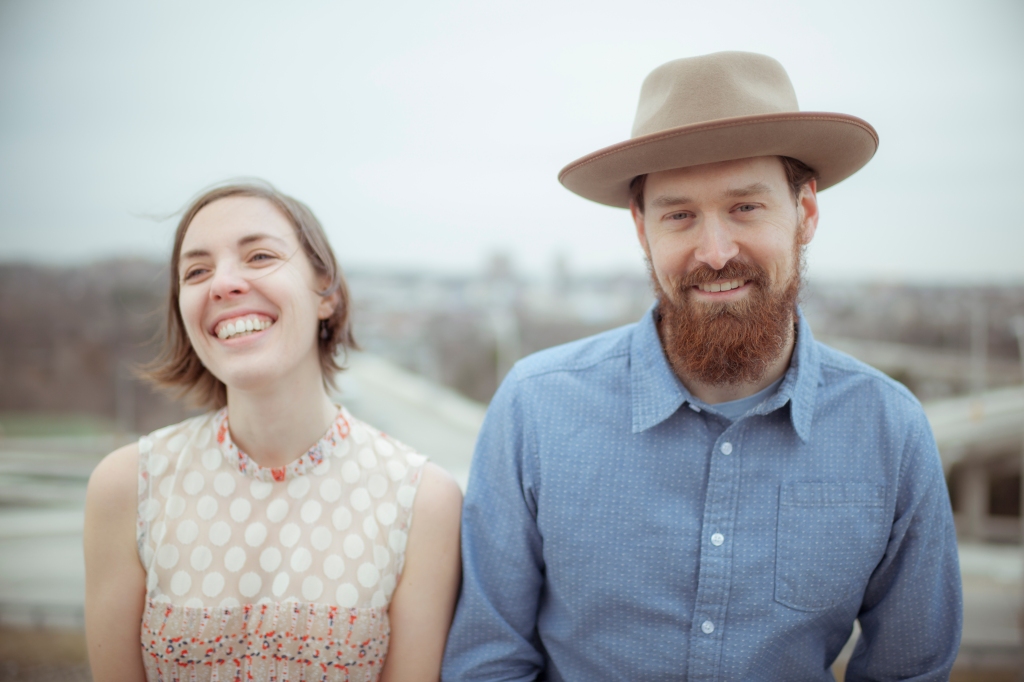 Late last week, Baltimore-based folk duo The Honey Dewdrops released their fourth album, Tangled Country (Amazon). The pair of native-Virginians, Laura Wortman and Kagey Parrish, was also my favorite discovery at MerleFest a couple weeks back. I caught their morning set, which was wasn’t super early, but it was raining. Even still, the crowd was packed and easily won over the festival’s traditional-friendly crowd with their set of tunes from the new album.

Tangled Country, like the band’s earlier work, features Parrish’s Rawlings-esque flatpicking and the duo’s gorgeously blended vocals. I’ve also been struck by the band’s writing. Their songs are authentic and sad, but hold a glimmer of hope, just like most of the songs I like.

Of note is “Hold Love,” my favorite track off the album, which Parrish says is about being in love, yet being alone.

“There’s something about the way we’re made that makes us essentially alone,” he said in an email. “Most of our thoughts play out in our own heads and go uncommunicated and it’s like we’re unknowable to others in any concrete way. But that’s what makes us want love. We don’t want to feel alone. When we’re in love we begin to get know another person and as time goes on that knowing deepens. Eventually, the process of knowing begins to point out that the person we’re in love with is basically unknowable. “Hold Love” is about getting in touch with that unknowability and thinks about the mysterious movements and dimensions of love.”

The Honey Dewdrops perform up in Yonkers this Saturday at Urban H20.