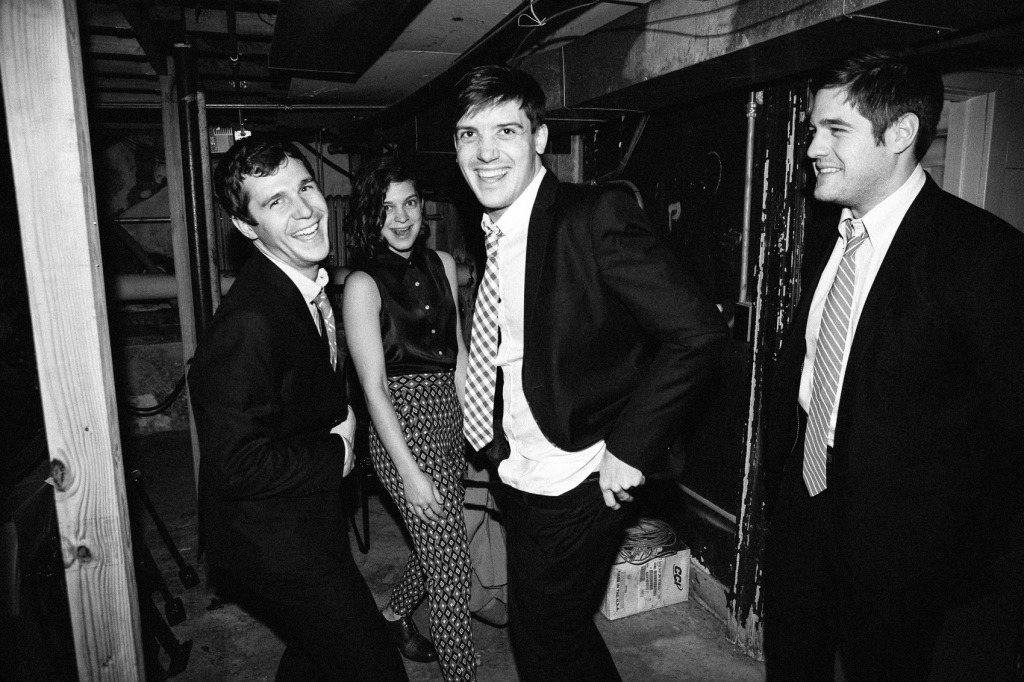 Chapel Hill-based string band and gcb favorite Mipso recently wrapped up the recording of their sophomore album – a follow up to their 2013 debut, Dark Holler Pop. While the band is pretty tight-lipped on the timing and details on the new album, I caught up with them this week in advance of their performance at the Mercury Lounge on Sunday with Brooklyn’s Jus Post Bellum to see what I could get out of them. Here’s what I got.

You are the only band that has played my backyard. What has this done for your career?

Libby Rodenbough: Let me put it this way: We’re still driving around in a minivan with a broken DVD player and no interior lighting.

Classy. You’ve had quite a ride since you graduated from UNC and then almost immediately released Dark Holler Pop in the Fall of 2013. What’s been the most exciting or surprising thing from the last year or so?

Libby: The biggest surprise for me personally has been that I got a job, right out of college, without so much as a summer on my parents’ couch. Although, since then I have spent a lot of time on a lot of people’s couches. And it’s a pretty fun job, at that! I don’t want to get too schmaltzy on you, but I think the guys would agree that it is continually surprising and exciting to be doing what we’re doing for a living. 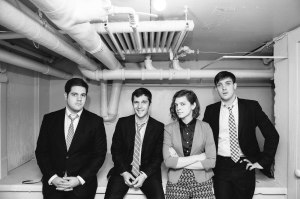 Joseph Terrell: Yes, definitely that. Bringing Libby on full time has helped us keep honing in on what we sound like. Also one especially gratifying moment was playing UNC-Chapel Hill’s 1,400-seat performing arts theater, Memorial Hall, with the Steep Canyon Rangers last fall. We’ve seen people like Bela Fleck and Merle Haggard on that stage while students at UNC, so it was surreal to walk out there ourselves. And actually have people clap for us.

While people rightly hold Carolina bluegrass of yesteryear on a pedestal, you’re a part of a pretty strong community of great modern string musicians around North Carolina’s Research Triangle – many of whom are playing more progressive material. What’s your take on the scene there?

Libby: It feels like a great time to be making music in North Carolina. Actually some of the bands we most look up to live right in our neighborhood. We love Chatham County Line. And Andrew and Emily from Mandolin Orange are close friends—we really look up to them. And they live three blocks from Joseph! There’s one of my favorite songwriters ever, Mike Taylor of Hiss Golden Messenger, the Cook brothers of Megafaun fame, the Rangers…that list goes on and on.

Joseph: There’s definitely a sense of collaboration rather than competition. Andrew Marlin is the lynch-pin of the acoustic crew around here. He’s always organizing a jam or a one-off show. And folks respect and admire the early greats like Earl Scruggs, or whoever else, but no one is enforcing an exclusive, preservationist mindset, either. I think it goes back to Doc Watson’s idea of “traditional plus,” which is a pretty good description of what we’re going for.

While I know you can’t dive into the details of the album yet, what can we know about what’s to come? Any details for the good people? 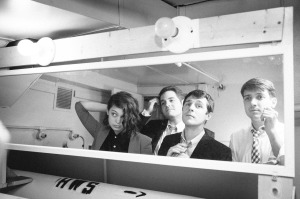 Joseph: Here’s sort of a spoiler. “Dark Holler Pop” was very much us, but it was pretty bluegrassified. It was our main course with a bluegrass garnish, if that makes sense. Guest fiddlers and three-finger banjos. While making this record we talked more about old time as a reference. It’s rhythmically tight. It prioritized simple melodies rather than flashy breaks. Libby’s fiddle playing helped take us in that direction. Andrew Marlin produced the record, and he’s is featured on clawhammer on most tracks.  But it doesn’t sound old or stripped down, either. Some of them are just…lush, layered, big pop songs.

Libby: Not exactly Tommy Jarrell meets Prince, though. That would be blasphemous.

You guys have gotten behind a number of causes in the last year with benefit shows. Are there some regular issues you’re getting behind or were those more one offs?

Joseph: We were proud that we did a show against Amendment One, which was the anti gay marriage bill in North Carolina. And we’ve done two big shows to raise money for female cancer patients in western North Carolina. Both things we care a lot about.

What are your set lists like these days? Mostly the old stuff or are you working in the new stuff? What can we expect to see at the Mercury Lounge?

Libby: These days we’re doing all the hits of yesteryear and trying out some new material, too. We have begun to refer to this phase as “guinea pigging.” If people throw tomatoes during one of the new ones, we might reconsider album inclusion. So please do bring your tomatoes Sunday.

You’re on the road a lot. What’s your favorite place to stop on the highway?

All Band Members in Unison: Sheetz.

Libby: The pretzel bun cannot be beat. At least for under $3.

Tickets for Sunday’s show at the Mercury Lounge are still available. Here’s a video of the band performing “Louise,” a favorite off their debut, with Mandolin Orange’s Andrew Marlin on banjo.