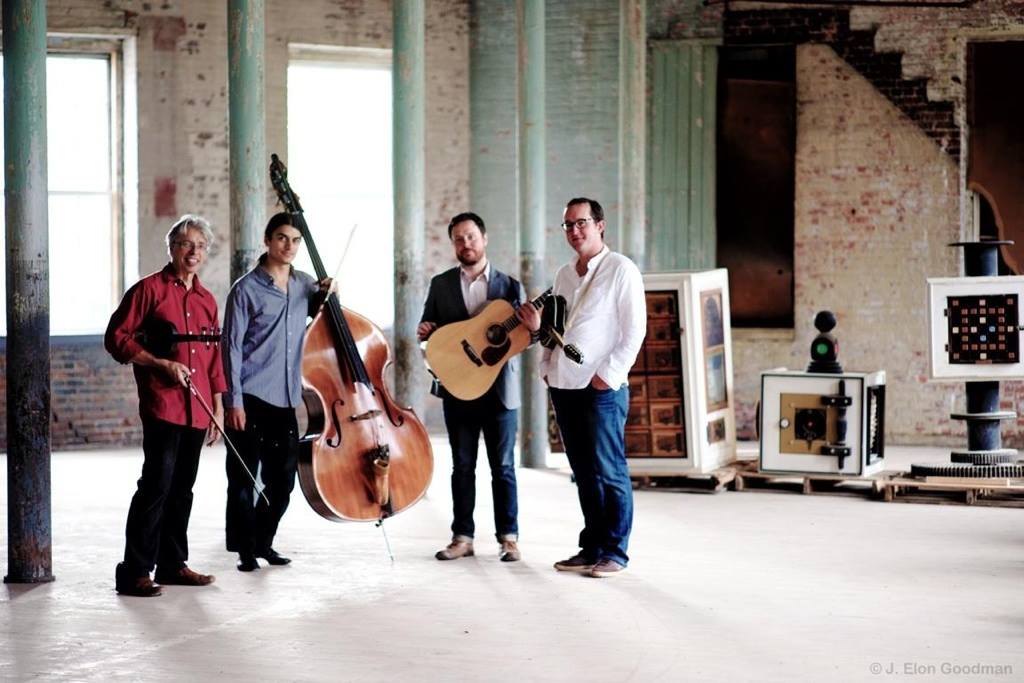 A couple months back, I saw three-fourths of Mr. Sun, the project led by legendary fiddler and Berklee professor Darol Anger that also includes mandolin virtuoso Joe Walsh, Grant Gordy on guitar and Ethan Jodziewicz on acoustic bass, at the Bell House in Brooklyn. This Saturday, the power quartet will play songs off their forthcoming record, The People Need Light, at the DROM in the East Village. I’ve been listening to a pre-release recording of the album, which will be released early next year, and have really taken to “A Little Heart’s Ease,” a song that Joe Walsh wrote (check out that tune here, but you’ll have to hit the show or wait for the album to see the band play it).

At FreshGrass earlier this year, the band performed an incredible cover of Harry Nilsson’s “Everybody’s Talkin” along with Emy Phelps on vocals and Alison Brown on banjo that I can’t get enough of.