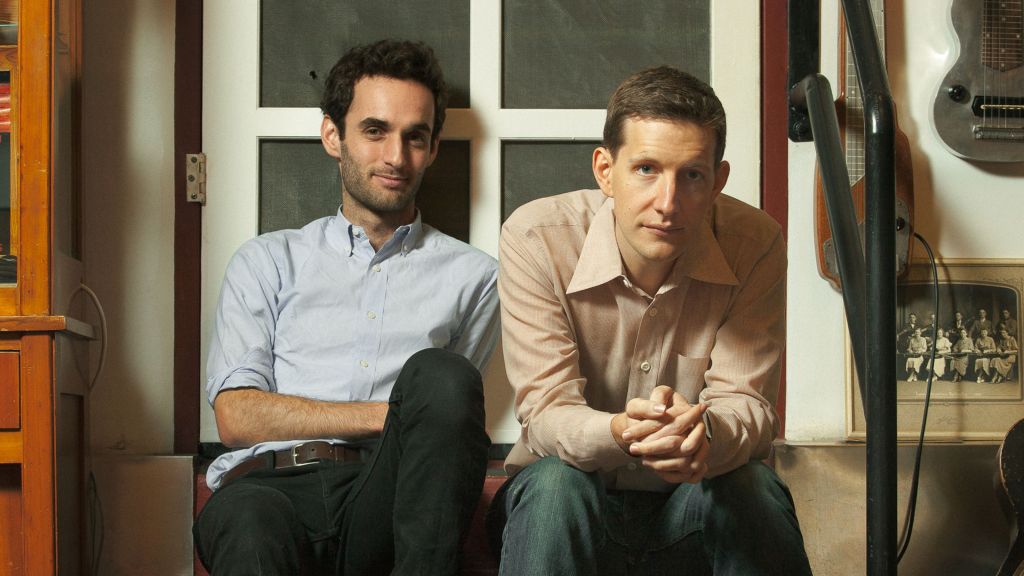 Last week, jazz guitarist Julian Lage and progressive bluegrass guitarist Chris Eldridge (Punch Brothers, Infamous Stringdusters) released their first full-length album, Avalon (Amazon & Spotify). A follow up to the duo’s EP, Close To Picture, the new album – produced by Kenneth Pattengale of the Milk Carton Kids – was recorded live on the stage of the 1920’s-era Avalon Theatre in Easton, Maryland over two days with no playbacks or overdubs.

As you’d expect from two young Grammy-nominated guitar gods who’ve been perfecting their instrumentation since they were kids, the album is loaded with mind-bending solos throughout songs spanning multiple genres with instrumentals like Norman Blake’s “Whiskey Before Breakfast” and a damn fine cover of the Seldom Scene’s “Open Up The Window, Noah.” I caught the duo playing the latter in Madison Square Park (before it got cold) a couple weeks back. Check out a video of that performance below.

Lage & Eldridge play in NYC Monday night at The Standard, East Village Penthouse. The show is free, but you must RSVP in advance to aohayon at standardhotel.com. After that, they tour the South with stops in Durham, Charlotte, Birmingham, Athens and more.