Last night, Chris Thile performed songs off his new album, Bach: Sonatas & Partitas Vol. 1, with a completely solo performance at Carnegie Hall’s Zankel Hall. To keep things interesting, Thile interspersed a few of his favorite covers and other originals (including his usual silly stuff), but the crowd was stunned over and over by each of the Bach numbers, which he began learning in his teens by ear and played flawlessly on Tuesday without sheet music. As he notes in press materials…

“The record to me is not about this iconic violin music played on the mandolin – like ‘Oh boy, what fun, he’s playing a weird instrument!’ It’s about Bach being one of the greatest musicians of all time, the solo violin music being some of his best work, and the mandolin having the potential to cast it in a new and hopefully interesting light.” 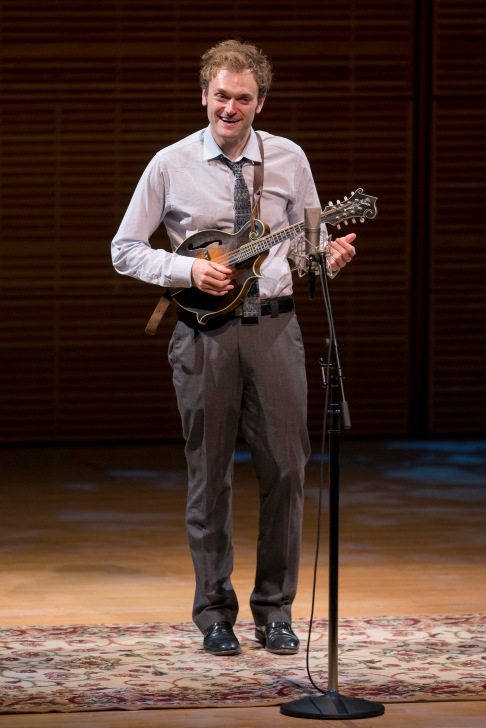