Brooklyn’s Spirit Family Reunion releases No Separation, its long awaited full-length album, this Friday, June 15th with a special celebration at the Mercury Lounge. If there’s any band that we’ve watched grow over the few years of existence of this blog, it’s this one. I stumbled upon them at the farmer’s market in Ditmas Park back in 2009 and made them the subject of my first (and pretty poorly written) post. The band’s schedule back then consisted of shows at the Lakeside Lounge and the Lovin’ Cup, but this summer Spirit will play at the Newport Folk Festival, Floyd Fest and Celebrate Brooklyn.

You can find an early stream of No Separation in its entirety on Paste . Like the band’s concerts, the album is lightly produced (or at least sounds that way). At shows the band plays old time style, crowding around one mic for vocals and using instrumental mics instead of plugging in. The album carries that same natural sound, even in the digital recording, but will definitely sound even better on vinyl (pre-order CDs, LPs or vinyl here). Most of the songs on No Separation feature Family frontman Nick Panken on lead vocals, but fiddler Mat Davidson is featured on multiple songs on the album. Davidson, who was a member of The Low Anthem a few years back, offers up soulful solos at the band’s shows and on the album. Panken’s unique voice is accompanied by infectious harmonies from banjoist Maggie Carson, bassist Ken Woodward and drummers/percussionists Peter Pezzimenti and Stephen Weinheimer.

The bulk of the songs on No Separation aren’t a big departure from the style set on the band’s initial six song self-titled album. It’s mostly Guthriesque secular gospel that’s great with whiskey and easy to dance to. However, the album opens with a jug band style number called “The Night Replaced The Day,” which mixes it up a bit.  “I’ll Find a Way” probably does the best job of capturing the Spirit of the Family. The record’s title track and “On My Mind” stood out to me as the best of the best, though there’s not a song on the album that I’ve grown tired of.

Here are a few photos by Charlene Kim from the band’s performance back in February at the grass clippings winter warm up, followed by a video of the band’s Brewery Session in Boston in April… 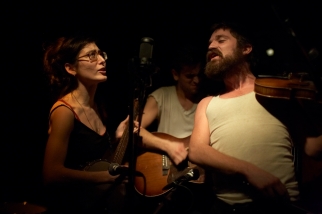 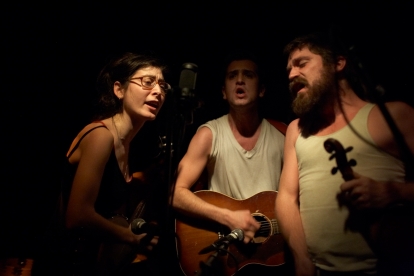 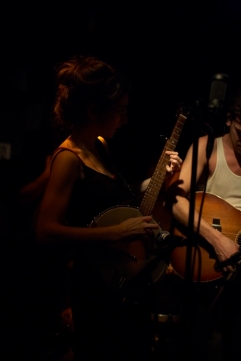 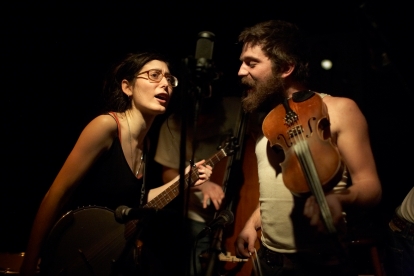 Leave a Reply to Spirit Family Reunion – “How I Long to Take That Ride” | grass clippings – Piles of Americana & bluegrass news, reviews and festivals Cancel reply