Stage decisions on the second day of the festival are even harder than the first. Here’s a run down of my picks.

Ok, so that’s my plan. Here’s a printable PDF for Sunday (see below for Saturday). 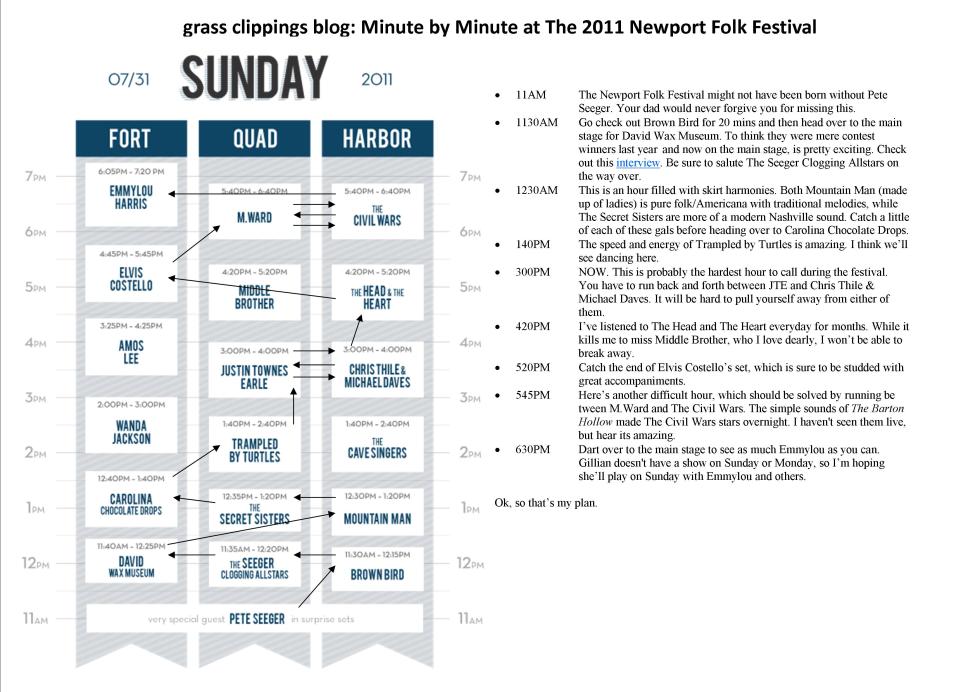