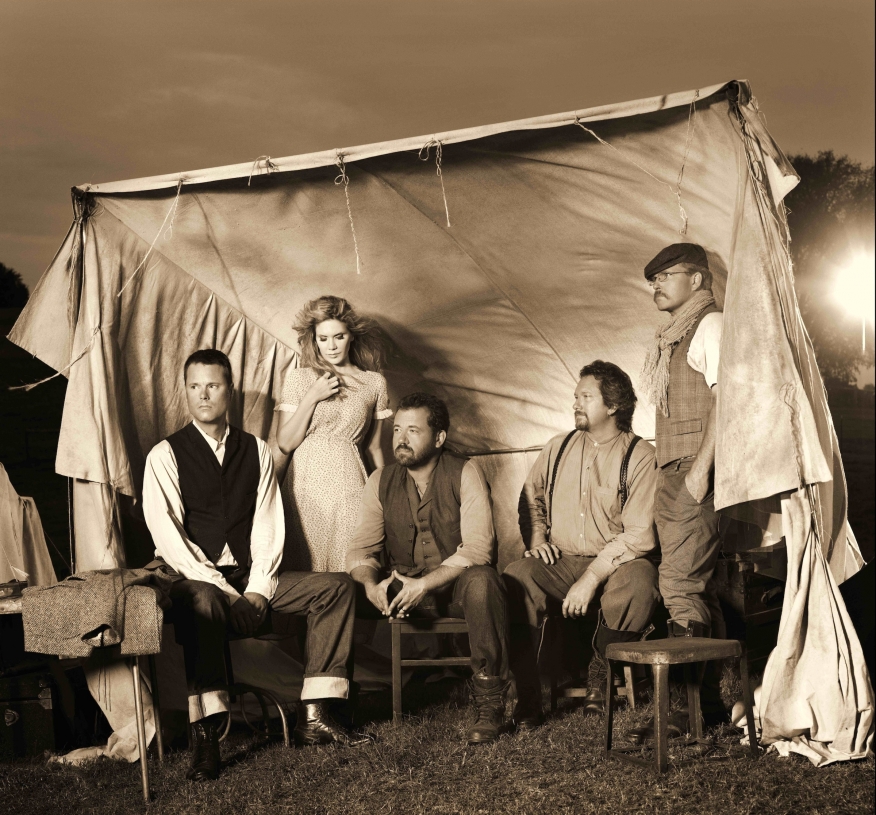 There’s not really a contemporary bluegrass band with a reach like Alison Krauss + Union Station. While these guys are amazing musicians, they show off in ways that both music snobs and pop country fans like.

Today, the band released their first album in seven years: another fan-pleaser called Paper Airplane (Rounder). While the AP said the album was “different than anything else” and Paste said it “may well be the finest album Krauss has ever released,” I didn’t see it as the most adventurous, with a sound that’s pretty consistent with New Favorite and Lonely Runs Both Ways (not that this is a bad thing). However, of all the reviews I’ve read, everyone seems to be having one consistent takeaway: this is an album about hard times. But, as I’ve heard Alison joke about at more than one concert, “this is bluegrass…we don’t want you leaving here feeling good.” Not to mention, there’s typically a redemptive tone to her songs.

The title track is REALLY strong. Another highlight is a rendition of Tim O’Brien’s “On the Outside Looking In” with the vocals of Dan Tyminsky. “My Final Farewell” and “Lay My Burden Down” are also pretty memorable. “Dimming of the Day,” a lost love song written by Richard Thompson, has been the big track for many. Strong writing and standard Alison knock out voice performance…just not the most moving song for me (and I tried). Overall, great album and you should get it. New Favorite is still my favorite.

You can catch the band on David Letterman on Wednesday, 4/13, the Today Show on Thursday, 4/14 and around the US this summer. Check out the title track video (with AMAZING cinematography) and a making of video below.